I Too am Boycotting Target

So Target has now begun allowing transgender individuals to enter into the restroom that they identify with by the gender of their choice, rather than biologically. Tough call, all the way around, and no matter what, somebody’s going to be offended. But what that means is that if a man begins to identify with feeling like a woman, he’ll be allowed to waltz right on into the women’s restroom- no questions asked. And vice versa for women.

I think a pretty simple solution would be to offer up a unisex bathroom for transgender individuals. That may seem course to some people, but heterosexual people have rights too. Heterosexual individuals have rights to feel safe in public restrooms. Not everybody is down with sharing a bathroom with the opposite sex, publicly.

I don’t have any issues with transgender individuals wanting special bathroom privileges. For them, they feel infringed upon being made to use the bathrooms that they’ve been forced to use all their lives. I can understand them not wanting to have to use the bathroom that they belong to “biologically”. And they have rights too. But that doesn’t mean that heterosexuals need to have their rights stripped away in the process!

This opens up the door for every sexual predator to have instant and immediate access to their victims. And that’s the problem I have with this whole thing. What about the rights of children? What about the rights of adolescents or tweens who are old enough to be in a bathroom without their parents, but not old (or strong) enough to fight off a sexual predator who has been given total access to the women’s restrooms? All they have to do is say that they identify with being a woman. Period. It’s that easy.

I watch a lot of crime shows, and have noticed a trend in many of these shows. For some reason, predators tend to prefer Target department stores, following women out to their cars and kidnapping them in broad daylight. Well now they will no longer have to. They can walk right into the women’s restrooms!

Today I signed the boycott against Target stores, along with more than 375,000 other people, and am inviting any of you who read this to do the same. 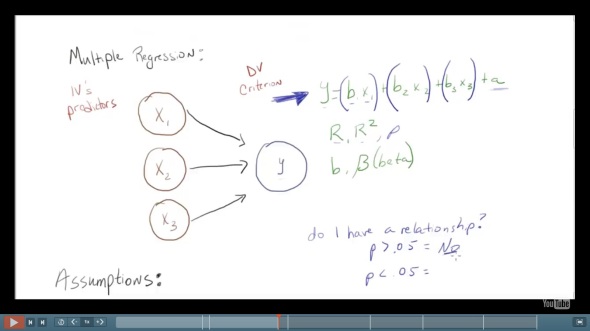 Yep. Good ole linear regression. It’s the fun stuff I get to do in between bivariate correlations and my final exam.

Josh had me on lockdown- snoring a heap of Zzzz’s into my face- as I lay there listening to the early morning birds, thinking about…you guessed it: multiple regression and p values. I’m so impressed with my professor, Dr. Kraha. She’s brilliant, to say the least. She breaks everything down into very easy-to-understand concepts. And I love her voice. She’s without a doubt the best professor I’ve ever had and truth be told, I’m going to miss her!

She’s helped bring my grade from a C in Statistics (coming in to her class), to a strong A. Even now, I still have an A in her class and really have 1 assignment and my final exam to go. If I do well in those areas, I’ll maintain my A.

I have a 30 slide Power Point presentation on Darwin (with voiceover) as well as a 15 page research paper on the levels of anger in prisoners and their causes + a 5 page paper in Psych. of Personality- all due 3 days from now.

Back to the grind! 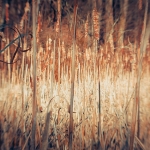 I can’t believe that there are only 3 short weeks to go before graduation. (Bachelor’s in Psychology.) My long road is almost over! At least for a while. Somehow, through my incredibly crazy life, I’ve managed to hold on to my grades: I’ll be graduating with honours. 🙂

Statistics for Behavioral Health- A
Marine Biology- A
Senior Seminar- A
Sensations and Perceptions (Psych.)- A
Psychology of Personality (Psych.)- B

I’m not happy about that B, but I can live with it. I am utterly exhausted. Five classes is no walk in the park and I’ve been doing this college thing for a long time now. I’m looking forward to picking up my camera again and MAKING ART. 🙂 I miss the mercurial, barefooted girl I used to be- wandering around abandoned farm houses picking branches and leaves out of my hair. And, if I have to reject one more null hypothesis I’m going to SCREAM. (Feel free to scream with me if you even know what that means!)

I’ll be taking a significant amount of time off after May- at least for the rest of the year. (And maybe all of 2017.)  I need a long sabbatical. Two years ago, when I got my Associates degree in Behavioral Sciences, I wanted to take a year off and do the photography thing again; but- I ran right back into the fire because apparently, I like my challenges on full blast. But I think I’ve had just about enough of that for now, so I’m ready to kick off my shoes and break out my M42 lens adapter and the Carl Zeiss Jena Flektogon and go for a long walk.

I think it’s been more than two years consecutively since I’ve had an academic break. It’s been so long I don’t remember and I think I hit burnout about 3 years ago. I’m so glad it’s almost over! The academic and the artist have been battling it out for years now, and I’m happy to say, the artist is winning.