There’s a reason I chose the username Monochromejunkie: It’s because I’m obsessed with black and white photography. To me, nothing is more beautiful than a bold black and white image with heavy, dark blacks and stark whites. These days, people are so used to simply slapping a filter on something or doing a quick and easy B&W conversion.

it takes a well-trained eye to look out upon a landscape or street scene and be able to convert that over to a B&W in your mind and truly “see” a black and white. Because reds, greens, and blues all convert into various shades of black, white, and grey, you need to know what would truly make a good black and white, because not every scene does.

This past year, I’ve been in a photographic funk and sorely uninspired. 2018 was one of the hardest years of my life. So many troubles with some of my children and their private struggles, along with the death of close friends and loved ones. It really kicked me in the teeth and that alone can kill your passion for your art.

Seeing his beautiful black and whites have woken up my first love: black and white photography. I’ve wanted to shoot in B&W mode (only) for a year straight- for a long time, but never had the courage to take that plunge. I know though, that if I don’t do that, then I’ll never commit. And if I don’t commit to truly knowing the ins and outs of black and white and really learning it, then I never will grow as a photographer and artist to the degree that I want to.

I’ve decided to finally take the plunge! I’m putting my camera in monochrome mode and leaving it there for an entire year. It actually began yesterday, so until March 8th of 2020, I’ll be shooting in nothing but black and white. This way, rather than focusing on various colours, I can keep my focus on lighting and exposure. So Gav, if you’re reading this, thank you! You’ve been a major inspiration and have woken up my love of black and white again. It’s not for everybody. But for people like us, it’s what drives us.

I took these yesterday, at Sellersburg park (Indiana) while taking Chance and Diamond on our mile walk. Just as we were getting ready to leave, it started snowing. That was a nice touch. 🙂 (These are basically SOOTC/straight out of the camera.)

A new bud gets its first taste of the snow. Carl Zeiss Jena Flektogon 35-2.8 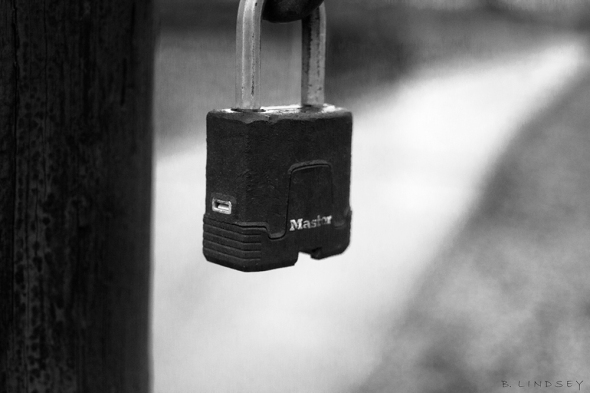 This one’s for you, Cari. I wrote this a few years back, as a challenge with Josh, and my daughter, Brianna. We were sitting around the living room, chatting, when I challenged them to a short story competition. I’d never really written a short story before, so this was new ground for me. I enjoyed it though. Hope you do too. 🙂

Her fingers felt like two hot stones that had soaked up the angry sun. The sweat was gathering on her back and Ellie knew that she was racing against the clock. She’d been out there for two hours now; digging, planting, and turning over the dry, crusted earth. She wiped her brow, smearing dirt on her face; mixing with the sweat that ran down into her ear. There wasn’t even a hint of a breeze.
“Good thing too,” she thought.

A gentle breeze would only have lulled her into the hope of being comfortable. She wasn’t much of a gardener, but her mother (and her mother’s mother) had toiled away in the burning sun, just as Ellie was doing now, and so she felt it was her womanly duties, if nothing else, to keep the grounds. It was her heritage. Her land now. Her large fingers tore at the soil and she carefully placed each small stone that introduced itself, into neat little piles. The smile that was beginning to form at the corners of her mouth, was evidence that she was quite pleased with herself. She squinted and stared up into the sun. The lemon-yellow glow, radiated out from the heavens, wrapping itself around her very heart it seemed. Panting, she let her eyes drift across the canvas of the sky, and thought of the tangy lemons in her basket over the stove. She would take a few, squeeze them tightly into a pitcher, (after cutting them in half), careful not to let the seeds fall in. She’d add a few cups of sugar (she could practically taste it now), rushing to the pit of her stomach as if it too were trying to get away from the burning heat.
Ellie wiped her hand on her brown, faded dress. You know the one. A rip, there at the hem from rushing through life, month after month; chores and endless lists to check off. A button, missing in the back, directly across from her burdened waist; proof that she’d rewarded herself bountifully after each carefully planned meal. The floral pattern, was beaten away by the unforgiving sun, year after year of hanging out those old stained linens. Why, they must be forty years old by now!  Ellie wasn’t aware that she’d drifted off again; her eyes fixed to those linens as if it were the sheets themselves that took her back to her Jonah, and the sound of his harmonica…and her laughter. But Jonah was gone and so were the years.
She wiped her eyes, again streaking dirt across her lid. Her parched mouth brought Ellie’s eyes away from the sheets and back to her tired old hands. Lemonade. Ellie put her packages of seeds next to the neatly stacked stones, and tried to rise. It felt as if the sun had exploded in her chest; her breathing coming in heavy gasps and she fell to the ground, kicking the stones as she went. Ellie closed her eyes, for the sun was blinding, and she pulled at the grass, reaching for something.. (for what, she did not know) something to feel connected to. Even with her eyes closed, she felt the shadow move over her face. Ellie opened her eyes. The sun was hiding behind the peculiar man, causing a cool shadow to fall on her. For that, she was grateful. The ripping pain in her chest, seemed to have vanished, and Ellie was wondering who the stranger was that stood before her.
”Can I help you Ma’am?” he asked kindly.

Ellie shook her head, as if to say no, but then nodded her head in confusion. The glow of the sun seemed to make him glow as if he too, were indeed part of the sun.
”Y-yes…thank you….sir….,” she answered; her voice trailing off, barely above a whisper.
She looked up and into his eyes. How could it be? Her Jonah was gone, and he looked nothing like him, but his eyes..she could almost be certain they were Jonah’s. Yes. She was absolutely certain that she’d looked into them before. She reached up, placing her hand into his waiting one. The man pulled her up; a gentle nod and smile as he did and Ellie let out a breath of summer air, returning his smile, and gently squeezing his hand. The sight of her linens, dancing happily in the breeze, caught her eye. The gentle wind kissed her hair, refreshing her for the first time in months. She could hear the faint trail of a harmonica playing, as many do in the country, and still holding the man’s hand, Ellie looked around, to take stock in all that she had to be thankful for. This is the house, that sheltered her through the many seasons of her life. The garden there, was her daily companion; patiently teaching her how to grow.
”Are you ready?”, asked the man.
Ellie paused, and looked back at the scattered stones. Lying next to them was the body of Ellie Parkins. Ellie saw herself, but felt as if she were looking at a stranger. Dirt streaked her forehead, and a faint smile, was still painted on her mouth. Hanging on the clothesline, were those white linens, which also seemed to glow with the strength of the sun shining through them. Ellie looked up at the man, and with one last sigh, she pursed her mouth together and nodded at her friend, as they walked together toward the shining sun… 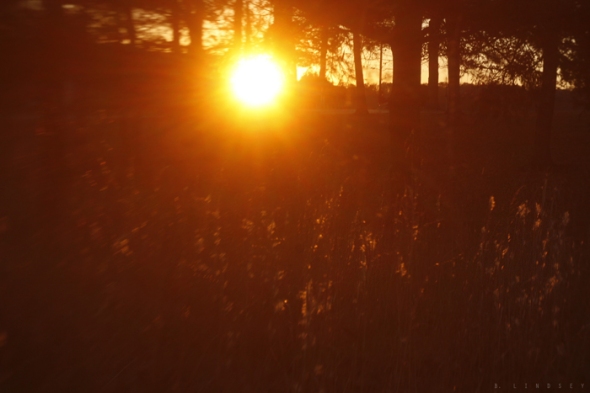