That pretty much sizes up my mood right now. I think I’ve reached my serial killer threshold.

My alternator finally died (for good) and so I had little choice but to sell my lenses. Not my camera! Just the lenses. The good side is that I’ve fixed my car. The bad side is that I’m stuck with one 28 MM film lens which doesn’t even attach to my camera. Yeah. Hard times!

Nevertheless, I force myself to see this as a positive situation; with much everything else. Having to hold my lens up to my camera, I discovered that I can bend the light in Hitchcockian fashion, if I do it juuuuust right. I get a good amount of blur (which I love) and heavier in-camera contrast. Not a bad thing. The downside is that it really sucks having to hold your lens up to your camera manually.

Alas, it served its purpose, which was to distract me from having to write my 6 page term paper today. About…you guessed it! Serial killers. I can’t believe I’m actually looking forward to beginning my psychology classes again next month. A person can handle studying only so many paraphiliacs before the brain begins to involuntarily shut down.

Which is what’s happening in my case.

On to my paper… 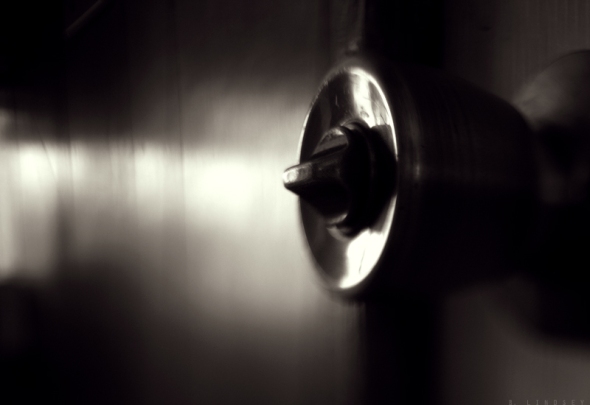 Are you a Psycho? 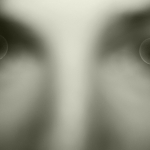 Clearly, I am not a psychopath. Which is amazing. Because I actually share quite a few traits with many of them:

I don’t have in interest in pyromania, though (not even a bit- and never have), which is a major characteristic of many psychopaths/sociopaths. For starters, I think it’s wrong to destroy someone else’s property. I used to wonder about sharing several traits with psychopaths, understandably, seeing how I was grossly abused as a child. I remember my thoughts being “abnormal” growing up- at best.

However, I was raised to acknowledge right from wrong and was always hyper-aware of my conscience. This is what distinguishes a “normal person” from a psychopath; knowing right from wrong and choosing to remain within those non-impulsive and non-reactionary boundaries.

I’m learning some fascinating things in my classes. One of the most interesting things I’ve learned is that most people have a good bit of activity going on in their prefrontal cortexes. The prefrontal cortex (located in the frontal lobe of the brain- behind the forehead) regulates impulse, aggression, judgment- and fear, most importantly. A “normal person” ‘s brain shows activity in this brain area; a psychopath’s does not. Psychopaths and sociopaths show little to absolutely no activity in their prefrontal cortexes- at all. That’s some pretty solid evidence that psychopaths are genetically hard-wired for long-term sociopathy, including the development of becoming a serial killer.

There are 3 main traits that serial killer’s share, according to academicians and researchers:

I took this psychopath quiz a few minutes ago: it’s certainly not standardized and it’s not APA-affiliated or approved; it’s a 25 or so question quiz that sheds some insight into what percentage you fall into when compared to the national median. If you score 30% or more, chances are, you’re a psycho!

You scored 5. Scores above 30 indicate psychopathy, of course only a professional, which this test is not, can make a true assessment. This test was made just for fun.

Below is a graph of how other people who have taken this test have scored:

You can take the quiz here- (results are immediate):

It’s Pure Madness: And I Love It

So I’ve just gone over my syllabi for the semester: I’m cramming 4 months of classes into 6 weeks. That alone is madness.

My work for this week constitutes the following:

5 chapters in Forensic Anthropology
5 chapters in The Human Bone Manual
1 study guide that requires the memorization of the names and locations of 100+ bones in the human body
2 videos
5 Powerpoints/Lectures
Multiple discussion board postings + citations, etc.
2 quizzes

And that’s just one class.

Multiply that times 2 and then you know what I’m up against.

Isn’t it Funny when…

…you’re a kid and see Freddy Mercury singing “We are the Champions” in his black and white outfit, dancing in the white smoke and think, “That’s so Cool!”

“His 1/2 black and 1/2 white suit is probably indicative of his devotion to the Illuminati and duality, in general, and MAN that’s a lot of cocaine!”

I still love you, Freddy. 🙂