Life is But a Dream

Lately, life has been so good. I’m enjoying my summer break, but am looking forward to going back in just a few more weeks. I can’t believe I’ve been out of school for a month now. I’m in the process of being accepted at WGU Indiana: it’s the only school in the nation with a fully accredited teacher’s program- distance ed- and it’s award winning.

So……I’ll be majoring in Biology in the teacher’s college. (Yes, teacher’s college!) I’m either going to explore the possibilities of becoming an elementary/middle school biology teacher, or using my bachelor’s to begin work on my master’s in biology (again, at the teacher’s level) or work on my master’ in DNA & Serology. Either way, I’ll have a few more years before I’ll need to make that executive decision. For now, I’m content with working solely on the Biology major.

Josh will be going back out of town on business for a few days. We spent the day out at the park (Lapping Park) walking on a trail that we officially claimed as our own. Afterwards, we hit a flea market and picked up some BBQ sauce for our new smoker/grill and Josh bought me some pumpkin coffee (for our Espresso maker) and then hit up a Chinese buffet. I feel like I’ve got ticks crawling all over me so I’m off to hit the shower. 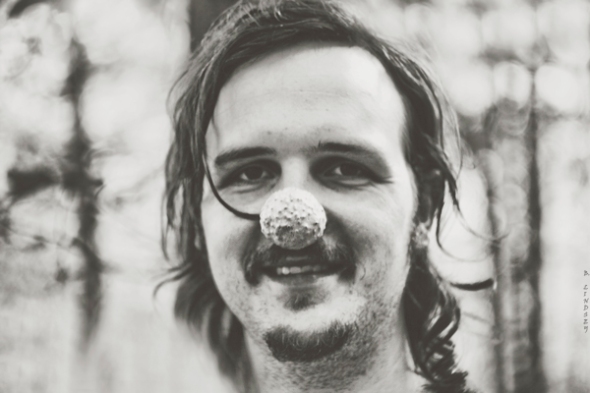 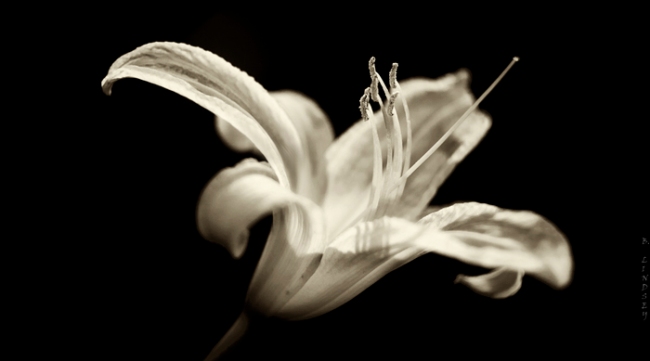 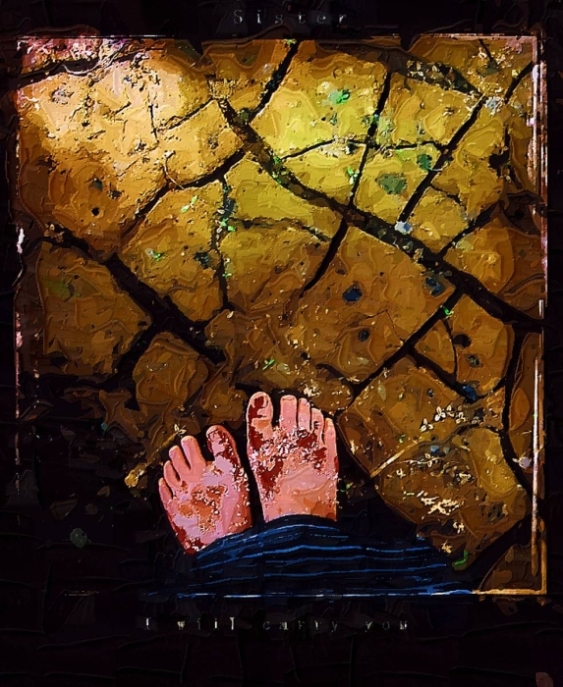 Original artwork: my photography (self portrait at the Ohio River) digitally rendered into Gouache oil on stone, titled: “Sister, I will Carry You”, circa 2009

So I’m waiting to hear back from an advising doctor at the University of Florida where I’ll ultimately work on a master’s in Forensic Science, particularly in that of Serology (the study of bodily fluids) and DNA. I’m most interested in Crime Scene Investigations- sans the body. If I could get past the whole “dead body” thing, I’d rather work there but I’m just not sure I could hang with that. (I’m sure at some point I’m going to have to get past that.) I have a keen interest in forensics and so I’m hoping Dr. ******* will be able to advise me on which B.S./major (Biology, Biochemistry, Criminal Justice) I need to pursue so that I can effectively move in the direction of Serology and DNA: I won’t be settled until I have my game plan on lock down!

To get a head start, I’ve found an awesome (free) forensics site in which you can enroll in (again- free) courses that include audio seminars- complete with course modules, syllabi, etc. I’m beginning with blood spatter analysis tonight. It’s going to have to hold me over until I can begin school in the fall.

I’ve been keeping my fingers crossed about being accepted into IU East; their acceptance rate is only 60%.

I called today and found out that I’ve been accepted!

I am sooooooo stoked. I’m a little shaky knowing that I’ll have to take ridiculously hard classes (chemistry, physics, and Calculus) but I’m up for the challenge. Josh is giving me his full support.

Ole Betsy’s been dead since about last year. (Ole Betsy’s my car.) My sister gave it to me 5 years ago because she thought it would kick the bucket any day. I expected her to last a year or so. Certainly not 4 & 1/2! She overheats at the 2 mile marker, so when Josh and I risk taking her out for a spin, we have to turn it off at the stoplights- you know- just in case.

I’m still able to smile at the (semi-romantic) notion of driving such an eyesore around town when I think about how great it’s going to be one of these days. And one of these days is about 8 years from now. I’ve gone and changed my majors again.

See, I was going to be a probation officer and so thought about taking Criminal Justice + Psychology (double major). But I can’t shake the feeling that I’m forever bonded with CSI and forensics, given that my Dad shared his True Detective magazines with me and my brothers- sparing not the eye at all. Some of the images branded me for life: I suppose that’s why I feel such a connection with criminology and forensics, etc. You’re either cut out for that stuff or you’re not and I certainly am.

I know without a doubt that I’ll be in school for the next 6 years solid. It’s not likely that I’ll get a B.S./B. A. in anything at all and hop right to it. Nah. I’m going to jump in up to both eyeballs, as is my way. So, I’ll be double majoring in Biology and Psychology (which is actually Neuroscience/neuropsychology) which suits me just fine. Afterwards, I’m hoping to transfer to the University of Florida where I can work on a Master’s in Forensic Science.

If you think Forensic Science can be achieved with just “college algebra”- think again. You have to master Calculus (I and II) as well as Chemistry (I and II) and let’s not forget Physics. (I and II) Not for the faint of heart!

I shared my grand academic plan with Josh earlier. It only took his two-word reply to make me shudder, “Imaginary numbers,” he said.

Yep. That did the trick!

I stared back stupidly.

I certainly have my work cut out for me, but if I can actually pull this off, I’m fairly certain that I will have found my calling after all.

Back to Betsy. She’s been really good to me while I’ve had her but I’m afraid I’ll have to trade her in this fall. When I’m combining grocery trips with photo shoot (opportunities) because she’ll only go two miles- that’s pretty much my cue to get a new one.

Josh, leaning against a stranger’s car outside of the grocery store- taken today/Helios film 44-2 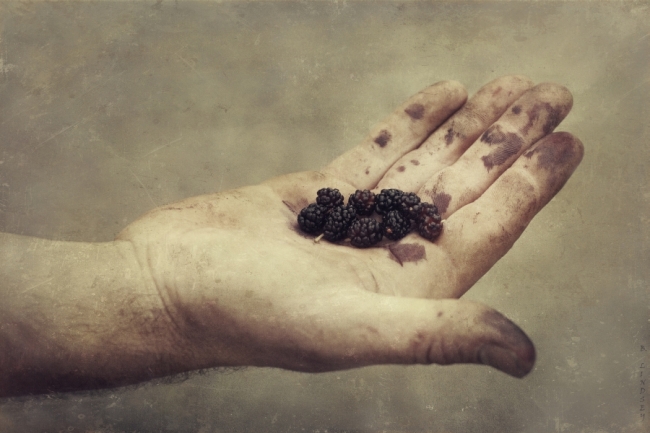