Top Drawers: The Men who Accidentally Changed my Life

Josh and I have picked up a new ambition over the weekend: we want to be private chefs! We’re considering getting a one year technical certificate in Culinology, after finishing up our degrees in Behavioral Sciences, Substance Abuse, and General Studies. We love being students together and working together in general. Cooking is something we’re good at as well (and we only cook with fresh ingredients- it’s our one cardinal rule that we never break) and clearly have a passion for. We’ll see how that works out. (J and I have a combined 92 credit hours thus far.)

I’ve had many ambitions in my life, and I’m learning that the older I get, the easier it is for my dreams to become realities. I suppose it’s because I’m gleaning wisdom from the fields of life to balance out my (wild and willy) experiences.

Apart from Van Gogh, my Dad, Jesus, Andy Warholand several other trailblazers who have made a profound difference in my life, there have been two very distinct men that will never know just how much they mean to me, or how they have helped to shape and mold me into the strong woman that I am today: Randy Pausch and a wise old man in a wheelchair.

Several years ago, I was a student at Ivy tech community college, studying Human Services. I saw a school ad for the Student Leadership Academy (SLA) and immediately signed up. I didn’t let the facts that I was a new student or that the application was actually expired stop me. I made suggestions as to how students could improve their overall learning and comprehensive strategies by posting motivational posters at eye level in the hallways. (I made other suggestions as well.) I received an offer several days later to join the Student Leadership Academy and I was ecstatic: I was now in the 1% bracket of students who achieved that goal annually.

I went around telling everybody what a big shot I was (and wasted no time in making an utter ass out of myself-good and proper like). Apart from my studies, I was also cleaning the house of an elderly man in a wheelchair who lived with his daughter. My mother had mentioned that they needed help, and I had 20 + years as a “toilet scrubber extraordinaire” under my belt, so decided to help them. I usually worked for no less than $20 per hour, but was willing to work for them for around $15 (per hour).  The man’s first name was Roy, and I quickly got into the habit of calling him “Mr. Roy”. He was 86 or so years old, and as sharp as a tack. His daughter was an educator, and held an impressive position of training other educators in her community. To put it simply, they were both well educated people, and quite possibly, the sweetest father and daughter duo I’d ever met.

At my first Student Leadership Academy meeting, my cohorts and I “speed dated”, getting to know each other. There were a total of 15 of us selected from everyone in our college. It was a prestigious position for sure, and would look pretty darn good on my resume. We were shown an hour long documentary called “The Last Lecture” by Randy Pausch. It was an incredible story of a brilliant professor of computer science and computer science interaction (aka: glorified game designer) who accented the fact that academia should never take precedence over your passion or joy for it.  In other words, don’t be a stuffy shirt! Have a heart and a laugh or two along the way. I could hardly believe that the charismatic man I was watching on film that day was dying of pancreatic cancer. He was so full of life, and zest! He apologized to his audience for not seeming like the typical dying man- he had a life to live and he was going to live it.

I fought back tears throughout his courageous presentation and wanted nothing more at that moment than to be like Randy Pausch. It was one of those weird life moments, where you knew that your life was being changed at that very second. Randy talked about the big “fake-out”. He talked about thinking that a specific thing was happening in your life for a certain reason, but really, a beautiful lesson or principle was being learned, and that is what the big “fake-out” was all about. Thinking that it’s all about one thing, when in fact, it had nothing at all to do with that thing.

I was told that our next Student Leadership Academy meeting would take place the following weekend; we would be riding a bus to Indianapolis to meet with other SLA members, and we would be taking turns addressing a large audience discussing important student issues, etc. I was scheduled to clean Mr. Roy’s house and it conflicted with my SLA schedule. I just didn’t have time to juggle all of the things in my life at that time that I needed to do. I thought of Mr. Roy, and his wisdom that he’d shared with me over the previous months. He was a major source of inspiration and why I wanted to return to school at all. I began to think I had better things to do academically than to scrub Mr. Roy’s toilets. So, I decided to stop cleaning for him. After all, I had important places to be and an important seat to fill with the SLA!

I went about preparing for my weekend retreat- shopping, organizing- but I couldn’t get Mr. Roy out of my head. I pictured him there at his table with the morning paper in his lap- kitchen t.v. playing the news- drinking his coffee. I looked up to him as I did my own father. He shared so many of his own life experiences with me. I had even taken a few pictures of him and printed them out as gifts for his daughter. They had been so very kind to me.

I started feeling so ashamed that I had been so proud to think I was above cleaning for him. I cried. I thought of all of the things that Randy Pausch had said in his last lecture, especially about the big fake-out, and then I knew what I had to do.

I had to leave the Student Leadership Academy and go back to Mr. Roy’s house. I had grown too big for my britches (in record time) and thankfully, had come to my senses. Joining the Student Leadership Academy had been the big fake-out! I had needed to learn a very valuable lesson in priority and humility. I called Mr. Roy, apologized, and shared my learning experience with him. I told him what he meant to me and thanked him for being such a great inspiration to me in my life, and I also told him that I would be happy to clean for him again. That was several years ago, and both Randy Pausch and Mr. Roy have moved on to other planes of existence and a better place than here.

I’m not sure the SLA ever understood why I decided to leave after only one meeting, but it’s a decision that I don’t regret to this day. I’ll never forget what I learned from Randy Pausch and his video, “The Last Lecture”. And I know I’ll never forget Mr. Roy. My mom told me the other day that Mr. Roy often called people who were the best of the best  “top drawer”.

Mr. Roy, you are indeed top drawer, and I will never forget you. 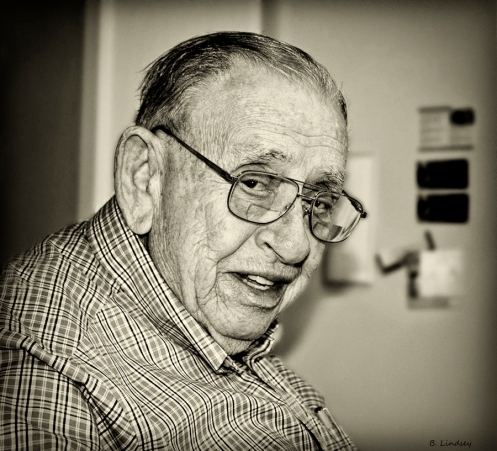 Randy Pausch’s life-changing video: The Last Lecture
If you haven’t seen this video, I promise you- it will change your life– if you let it.

I’m so disheartened. I haven’t had to drop a class in years. After the car accident, I’ve awaken every morning with a splitting headache- as if I have socks stuffed in my head completely; accompanied by nausea and a stiff neck, along with an aching back, shoulders and now I’m having unidentifiable pain shooting through my eyebrows and the bridge of my nose- that’s a first.

I feel like I’m 75 years old in my body. This is not good.
I can’t focus. I’m disoriented and find myself as if I’m in a daze. I want to do my Algebra but keep finding myself in a stupor, having to push, metally very hard, just to comprehend what the instructor is saying. This was not like this before the accident.

I have no idea what’s happened to me but I know that I didn’t receive the care I needed at Clark memorial Hospital. A cat scan won’t even pick up my cerebral cyst- it takes an MRI for that, and I didn’t receive a post-accident MRI. As far as I’m concerned, I’m still “unseen” regarding medical care.

I can’t believe the nurse actually gave the patient in a wheelchair a cigarette! He was threatening a doctor even!
In the grass, in the front of the hospital, there’s a sign that touts that the hospital is a “tobacco free campus”.

It grieves me that I’m going to have to drop my Algebra and Public Speaking classes. They’re simply too much for me at the moment- my head is a total wreck. 😦

I wanted to work on my songs too. A CD even perhaps, and, revise my children’s book “Peanut Butter Soup” and start doing school tours, like the one I did at Pine View in New Albany. The mayor and I took turns visiting classes and reading to the children.

Looks like everything is on hold for now until I know what is going on with my head and back.
I’m still having sharp pains shooting through my right ear too, only now, it’s joined by pains in my left ear.

Every day is a battle to simply “go through it”. This accident has really messed me up.

I’ll have to postpone my degree, but I’m still working toward it. I will stay in my Nutrition class, which isn’t too demanding, and my Substance Abuse Treatment Centers class as well. I was scheduled to intern at an actual treatment center beginning next semester. Looks like that will have to wait also.