Josh and I were driving back from seeing his family in Shelbyville and we saw the most beautiful double rainbow. The skies had broken out in a split panoramic light show of epic proportions: oversized rays were spilling out onto either side of the highway and we thought we were in for a storm. Midway through our return, a rainbow broke out into the sky. We talked about his mother and family and what a great time we’d had; the rainbow agreed and it duplicated itself- making us both smile as it followed us all the way home. 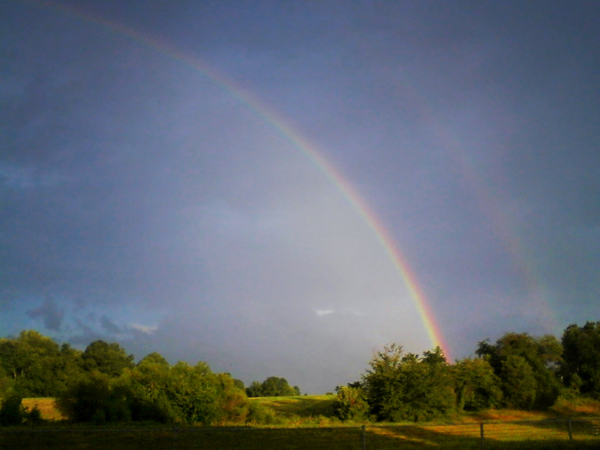 Life is back to its busy self; I’m lost in my studies, teetering back and forth between Criminology and Therapeutic Interventions with Substance Abusers II- but I love it. I’ve bought a new laptop and have turned it into my essay writing machine, loading it up with Microsoft Office (Pro) and a plethora of other goodies. I’ve paid close to $4,000 in bills and things in the past few days alone, which included a $900 car debt my mother couldn’t pay. I was honoured to be able to do that for her. We haven’t two pennies to rub together hardly, but everbody’s paid and I’ve managed to book one of the most sought after cabins in all of Tennessee for our little getaway, a little place called “Unforgettable”. (Yes, the cabin is actually called “Unforgettable”.) I’ll be posting pics and updates on that at the end of September. I’ll be taking my Mom and Heidi, my oldest daughter, along with Josh. The cabin, along with the cleaning fee + taxes is $441 for two nights; an unbelievable steal for a multi-level luxury cabin in the Smokies with not one but two hot tubs overlooking the mountains, one of them being outdoors on the deck. 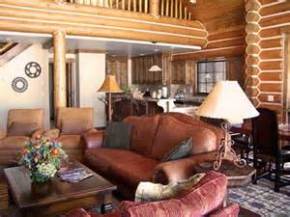 Definitely one of the nicer cabins I’ve ever seen and the reviews are incredible. We can’t wait! We’re fortunate that so many people are superstitious about Friday 13th- September was booked solid for the entire month, but the 13th and 14th were open so I snagged them immediately. (13 is my favourite number so that works well for me.) We’ll probably go to the Ripley’s Believe It or Not museum also; this is a dream come true as I’ve been wanting to take Heidi to the Smokey mountains for over 10 years. Well, my Mom too.

I have more to write- some things not so grand- but I’m tired and will be returning to my bed to continue reading Rough Magic: A Biography of Sylvia Plath. I was far too busy to finish it a year or so ago when I checked it out at the library: I’m much more eager to do so this time, in between essays and drug and crime reports.

Josh is whistling at his computer like a deranged bird, rubbing a metal “this or that” between his lips to make a warbled sound. I can tell by his fixed gaze on his laptop game that he’s happy- his belly, fat with mesquite-grilled barbecue that we slow cooked out on the deck yesterday. There’s a pleasant buzz in the air lately. Carl is still with us and our morale has been reestablished, if not altogether fortified.

And now I’m off to bed.
Plath awaits!