I’ve recently read a story about a beloved blogger (Rara AKA Rarasaur) who has been the victim of a hate crime. I can’t go completely into her story because I don’t have enough information, but she was accused of embezzling $500,000 from her former employers.

She left their employment to start her own business along with a healthy client list. My suspicion is that her former bosses were afraid that she would be competition in some manner, so they assassinated her character by accusing her of embezzlement, and went a step further by contacting her entire client list, damaging her reputation and corrupting any potential hope of generating clientele.

She and her husband sold all that they had to obtain an lawyer, and she ultimately lost her business. They moved into a tiny hotel and lived on $5 pizzas- hardly the stuff of half a million dollars! For the next few years, Rara fought for her life. In the end, it was useless. Rara was sentenced to 3 years in prison: 18 months for good behavior. (Most prisoners only serve 50% of their sentences if they become model prisoners.) There was never an official investigation into the (alleged) missing half a million dollars. It was all very hush-hush, yet they still managed to ship the case over to the D.A. and she was charged.

I don’t know Rara personally and have only ever left one comment on her blog, but her pictures of herself reflect a woman who radiates love. She’s been known to raise boatloads of money for other people and is an activist in the blogging community, as well as a poetess and huge supporter of organizations she believes in.

Everything in me says that she is innocent. The reason this story is so close to my heart is because I too was falsely accused of something I didn’t do many years ago. My entire family was ripped apart and we were all punished relentlessly, year after year. I wasn’t allowed to speak in court, ever, and so after years of being thrown about in a vicious and abrasive system, I fired my attorney just to be able to speak out in court, finally. I slammed my hands down on the table and demanded that my kids return home. They had taken everything else from me, but I wasn’t going to let them take my voice.

It was the right thing to do. The case took a necessary turn and I was spared going to prison on trumped up false charges. The case drug on for 13 years or so. I was pulled apart at the seams and tested beyond anything I’ve ever experienced. I went through absolute hell but I never gave up. Year after year, the battering continued, but I never gave up. I learned just how weak I was in the face of such a crushing device as our government- but I also learned how strong I was.

So many innocent people are sentenced to prison every day. It’s a horrific circle of injustice: the accusers, lawyers, and everybody involved knows that poor people cannot defend themselves properly, therefore, they offer a plea agreement (which is seldom in favour of the defendant) and most times, the defendant ends up taking the prison sentence because they’re out of resources and too exhausted to continue fighting.

I have my own theory as to why evil things happen to good people. I deal with many (many) people on a daily basis who have suffered abuse, trauma, etc. and who carry deep scars and even deeper resentment. I’ve spoken (typed) with literally thousands of people over the past decade, sharing my own personal story of tragedy and triumph. Why do horrible things happen to people like us, who just want to do good in this world and live our lives?

And every time, I think of Joseph (from the Bible). His is a true story. Joseph’s siblings hated him so much because his parent favoured him over them. Jospeh had had dreams of his brothers bowing down to him: it infuriated them! Josheph’s father, Jacob, had given Joseph as special coat made from various colours. When his brothers saw it, their envy was so intense that they wanted to kill him. So one day, they thought of a scheme that involved killing their brother, and smearing animal’s blood on his precious coat. They would take the bloody coat to their father and tell him that Joseph had been murdered by an animal, and that’s just what they did. They wanted to defile the very thing that represented their Dad’s love for Joseph.

So, they threw Joseph into a deep pit, ripping his coat from him. They devised ways that they might kill him. Only one of his brothers, Reuben, loved him. He stood up for Joseph and suggested that they sell him instead and get some money. He appealed to their greed to save his brother’s life, and it worked.

Joseph was sold to some travelers on their way to Egypt. He landed in a rich man’s house named Potiphar. Potiphar’s wife desired Joseph and tried to seduce him on a number of occasions, but Joseph was all about doing the right thing. He was thrown into prison for telling the truth. He had done nothing wrong.

While in prison, Joseph suffered much hunger and beatings; diseases and all sorts of evil things. All the while, God had been preparing Joseph’s heart for great things! But look what he had to go through to get them.

Fast forward many years. Joseph had grown into a man and had been incarcerated for many years in dark, diseased dungeons. One day, the king of the land had troubling dreams and only Joseph could interpret them. He told the king that there would be a great famine in Egypt- the king himself had dreamed about it!

In the end, Joseph was made chief in command (second only to the king) and saved all of Egypt, and ultimately his very brothers who tried to kill him. And in the end, they indeed did have to bow down to their brother, just as his dream had predicted.

When you observe Joseph’s life in bits and pieces, it seems so unfair that he had to suffer the way he did. But God just wanted to “give him a new coat”. The bigger picture is a beautiful one.

Joseph’s story is not so different than my own.

In all that happened to me, God simply wanted to give me a new coat. 🙂 That coat is very expensive. It looks like old goat skin that is weathered and worn, shredded here and there and barely held together after years of being ripped apart, but it’s laced with diamonds- the most durable stuff in the world.

The most important thing to remember, when you’re in the fire and feel as if you’re going to be burned to a crisp- is that the heat is God’s love. It hurts like hell, sure it does, and it feels like hell. But His intention is not to kill you. It’s in that fire that all of the impurities are burned away, and in the end, you’ll come out shinier than gold and you’ll have the goods that it takes to help other people who are still in the fire.

So Rara, if you ever read this some day, I have no doubt that you’re going to come through this thing a winner. Think about all of the lives you will touch that can only be reached by becoming the sacrifice, as you have done.

There’s a great need for genuine love in prison. I have no doubt that you’ll touch many lives. God needed to send the right woman for the job, and I believe He did. 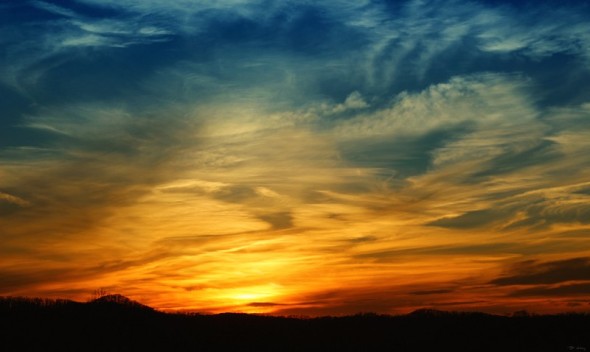 This entry was posted on August 5, 2014 by monochromejunkie. It was filed under Uncategorized and was tagged with agony, Bible stories, falsely accused, hatred, http://rarasaur.wordpress.com, innocent people go to jail, innocent people in prison, Joseph and his coat of many colors, misery, pain, rara, rarasaur, sibling envy, sorrow, suffering, Why Good People Suffer, woe.