Josh is sleeping beside me. Brianna would kill him if she knew he was using her Care Bear shirt to cover his eyes. It’s 5:00 a.m. and I’m not up early- I’m up late. The snow is gently falling and I have an over-sized mug of hot chocolate next to me. Heaven!  I can finally relax after a hectic evening with “the paper”. Instead of my experimental psychology research report being 10 pages long, it was 15. Just as I was tying up some loose ends around 9 (again, it was due by midnight), a transformer blew and half the city lost its electricity.

We scampered out into the truck and hightailed it over to Mickey Dees to scarf up some of their Wifi. After settling down with a couple of hot chocolates, we were unable to connect. An employer clued us in that they hadn’t had internet in a week. Oh boy…

So then, we decided to finish what we could there and pray like mad that by the time we got home, our services would be restored and I could possibly make my deadline. I inducted Josh into my writing club and we got to work. Almost 3 hours later, we finished up the last of it and raced home. I missed my deadline by 6 minutes. My professor had already disabled the link (they don’t play around at IU East!) and so I was able to attach it in a message so that I could at least show her that I had indeed finished on time.

I’m feeling deliriously giddy knowing that the worst is over! I know my overall efforts weren’t my best, but considering I was prepared to drop out entirely (before Josh saved me from the fire), only a few weeks ago, I’m content. I had a strong A/97% going in, so even if I wrote the worst paper in the history of the class, I would still come out with a low B, or, worst case scenario, a high C. But I don’t think that’ll happen.

I’m a winter person and can’t wait to get out and about with my camera and play in the snow. I hopped out a few minutes ago to grab a few of my first snow shots for the season. I had to slow shutter it due to the lack of lighting, but that makes for better contrast in the long run, so I didn’t mind terribly. I love that it was pitch dark outside, but because it was a long exposure, I was able to make it appear to be daytime in the first two pics. 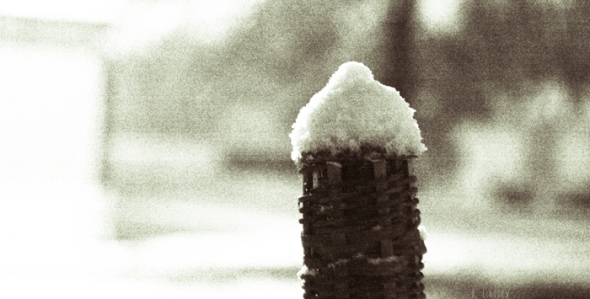 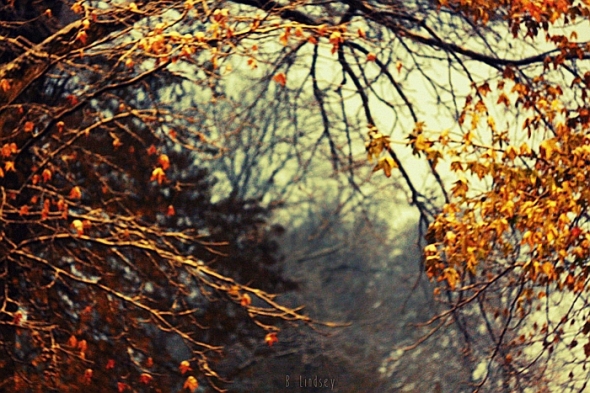 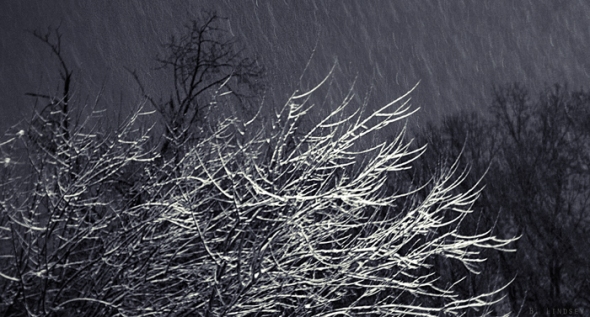