School starts Monday, so this may be my last post for a bit. I’ve made some minor adjustments to my schedule, and my new classes are:

I’m so excited! I’m taking on a major course load, but am super excited (especially) to be taking Abnormal Psychology. More good news: I’ve been accepted to Southern New Hampshire University (SNHU) to begin work on my BA in Sociology (minoring in Psychology), starting in June. My dreams are literally coming true. 🙂 (Yes, that’s a smiley face!)

But here’s where the miracle comes in: I have running water again- already. This morning, I called three local plumbers and compared prices and time frames. The earliest I could get a plumber here would be Friday (and then Wednesday- five days away), and the prices would start at $90 per hour, and that’s just so the plumber could stand in the yard; pipes, other equipment, etc. would end up in the hundreds. I had $50 on my Paypal card from selling a print. Bare bones.

Eventually, I want to go to poverty-stricken countries and work with street kids, teens, battered women and the elderly, so I’m not allowed to complain and gripe from having no water for four days. But I still need to take a shower and do my dishes before school starts! But how?

I noticed a work van across the field from my place. I couldn’t make out his service number, so I took a telephoto shot of his truck, zoomed in and read it. Voila! I called him immediately, as he was finishing up his work for the day. I asked him if he fixed busted pipes; he said he’d stop over and have a look. (I tried to control my excitement.)

Being the wheeler and dealer that I am, I met him in the yard 20 minutes later and we struck up a fast deal. $150. I asked him if he would accept a post dated check (for $160, for 3 weeks away) and almost fainted when he accepted. I gave him $40 cash from my print sale and a new book from my shelf (as a tip) and he went to work immediately, and I do mean immediately. (All told, I ended up tipping him $50, which was the least I could do.) He wasn’t even wearing a coat! A fresh, new snow had just begun to fall and I felt a bit guilty that he was out there sawing and connecting PVC pipes in the cold. The man was nothing short of amazing.

He left twice to go and purchase new parts and other things; he came in and checked my water heater and faucets and in less than 5 hours- he’s gone and I have running water again and can take a hot shower! I feel like the least I can do is promote his business so that if anybody Googles him, they’ll be able to read this. I really wish I could do more, but I’m limited.

Even some people in the nicest houses with loads of cash still have busted pipes tonight. I’m counting my blessings daily.

It’s 5:34 a.m. and I’ve been thinking about school for hours. I have one remaining assignment, which is a book report/critical analysis/personal reflection paper (3-5 pages, Times New Roman, naturally- MLA, my favourite) in Social Psychology. It’s supposed to be 3 to 5 pages and while part of me wants to chince out and celebrate (which means a 3 page paper), the academic in me tells me to throw every ounce I have into it (5 pages) to show my professor that I care. So, 5 pages it is! My final grades are:

There’s no way I’m going be able to get the A in Social Psychology, but I still want to show my professor that I care enough to do my best. I have a great relationship with 99% of all of the professors that I’ve ever had and we usually email back and forth and get to know each other. I think personalizing the relationship makes students want to try harder and that’s proven true in my case again and again.

School has helped me so (so ho ho) much. When I first started, 4 years ago, I was a bit hyper-spiritual. Thought everybody needed saving (yada yada) and I pretty much lived on that plane. [insert groan here] Studying psychology and sociology over the years has been the best form of therapy for me, personally, and a very necessary anchor. I think like an analyst or statistician now. I’ve learned through my studies to problem solve using the scientific method, which means, taking your emotions out of the situation and gather hard facts. It’s still hypothetical at that stage, so it needs to be confirmed by others in your area of study or field. Once confirmed, the hypothesis becomes a theory. I’ve learned to take this approach when dealing with others who are judgmental and/or spiritually hyper-manic (such as several of my siblings) so that their hatred won’t rub off on me.

Take for example, the email I received from my oldest sibling (name withheld) only yesterday who offered to exorcise me. Uhuh…you read that correctly. Said he was getting into exorcising people these days and if I ever wanted prayer…da da da. (He was doing this to “help me” because he knows my past is “riddled with demonic forces”. Right. And, for this reason, he took his daughter away from her favourite Aunt, because Aunt Birgy isn’t in Church on Sunday morning, so Aunt Birgy must be “bad”. It’s just enough to make your mouth drop and it’s been a perpetual witchhunt.) I’ll tell you, that tested my boundaries on a whole new level. That’s a bit out of touch with reality- it’s pretty freaking scary. I had sent an invitation to my graduation and er, that was the reply.

In the past, I would have been have been utterly wounded. I would have internalized, thinking of lots to say in return. I’m not like that any more. I realize that we cannot change others, not when it gets right down to it. We can only try to improve ourselves for ourselves and ultimately, the benefits of others. The classes in Behavioral Sciences, however, have helped me to understand that I had been seeking my older siblings approval my entire life. (Love me! Love me! Please accept me!) As human beings, we all do it, but this has almost destroyed me in the past. It’s liberating to be able to assess the situation (again, like a social scientist) and comprehend that my two oldest siblings are exhibiting signs of paranoia, conspiracy theories, fear, terror, mania, and in a nutshell, the just-world phenomena, which is something I learned in Social Psychology, which is, believing that if something “bad” happens to a person, they brought in on him or herself. That is so dangerous to think along those lines. It means that you’re always justified in your own eyes while others “get what they deserve”. Social Psychology is fascinating and it’s helped me quite a bit. I used the word bad in quotation marks because I believe “bad things” is just a matter of perception. What is bad to one person is a blessing to another. I apply this in my life, everywhere, and know that there is good to be had in every situation. We don’t always see it, but it’s always there.

I’ve had to clinically remove some of the people from my life who expected me to be their tragedy. As long as they tell themselves I’m “sick”, or pitiful in some way- they can love or “accept” me. They cannot accept me as a peer, though, or an “equal”. My siblings and I were raised to believe that college isn’t really a good thing. (Yes, shocking, I know.) There’s a lot of sickness in this family. We were raised with a good bit of patriarchy and misogyny going on, even still. That really didn’t fly with me- at all. I’ve chosen to stop these generational perpetuating cycles of diseased thinking. I decided years ago that thinking along those lines (college not being a “good thing”) is just a little bit wacky. Needless to say, of my 4 siblings, I’m the only one who chose to go to college and say, “What the hell is wrong with everybody?” So yes, thank God for college.

I’ve had to cut 1/3 of my family clean out of my life! But it was only after doing so, that I actually got “well”: emotionally, psychologically, spiritually. So many of my friends are what others think of as “mentally ill”. It breaks my heart to see the chains that swallow them up because somebody thinks he or she is “sick”. I’ve had my battles in life, sure. But when you think I need an exorcism, and you’re going to perform it? I’m probably going to block your email (in record speed) because you need your head examined. That’s just waaaay too crazy for me even, and that’s saying something. Ha. Let’s recap: Your sister invites you to her graduation and you offer to exorcise her. You’re out of touch with reality, dude!

If it wasn’t so sad it would actually be funny. Like, ha ha funny! I can’t wrap my head around it. I just have no room in my life for people who cannot love. And that’s all this is:

“I cannot love you, sister; I’m not capable of it, so I’m going to judge you so that I can validate my hatred. You are a bad person because you do not fit my mold of who I want you to be. You are not in church like me so you must be evil. I will tell my child that you are evil and have “bad spirits that need exorcising” so she will not love you either.”

This is sooooo wrong on every level, and to teach your child that? Just unspeakably wrong.

I have a lot of friends in the art world (a lot) – hundreds, and I’ve never met anybody who is actually “cruel”. Only good people! My friends are the sweetest, kindest, and most considerate people I know, truly. (BB, Y, Wendy S., Marion, etc. the very long list goes on.)

For those of you who I’ve gotten to know through this blog also (Amy, Jen, Sean, Jenn, Al- and many others) you have no idea what your love and support has meant (and does mean) to me. I’m inspired by all of you and am encouraged in my life. I can’t thank you enough for that. :0) Thanks most of all, to my children, for being strong, independent, free-thinking beautiful people. I’m most inspired by you guys.

I found out today that I only need 18 credit hours to obtain a second degree- an A.S. in Social Work. Ohhh that’s so tempting…classes start in January. 18 credit hours! I’ve racked up almost 100 college credit hours, so a lot of my required classes have been knocked out already. I’ve actually knocked back 21 credit hours (7 classes) in one semester before and did exceptionally well: I’ve pretty much tapped out the Social Sciences department at my school.

Josh and I are sicker than dogs. We were both hit (hard) only yesterday. I think we got it from “hacking woman” at the homeless shelter. She was coughing and hacking all over the food, right next to us, and now we’re quarantined to the bedroom. My graduation is in 6 days! Ugh. Not sure what’s going to happen there; it’s almost 200 miles away. I need to kick this bronchial infection out fast. 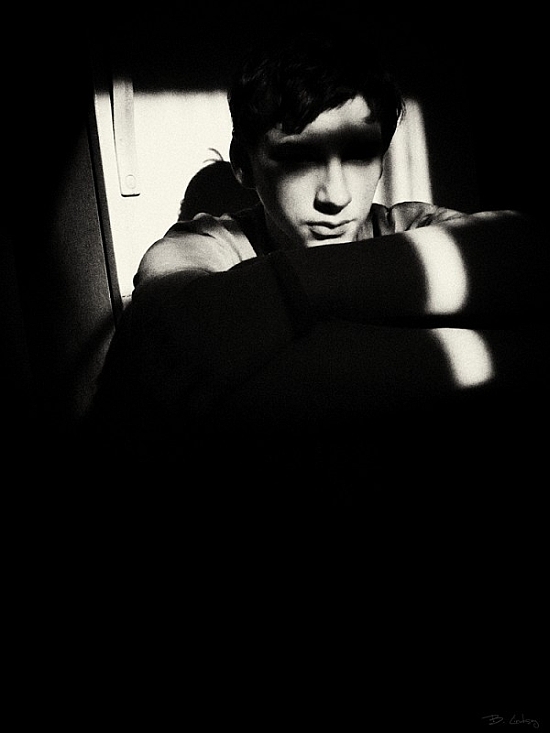